Background of the Issue At the end of this February, China’s unilateral decision that they would ban Taiwanese pineapple imports from March 1 st . However, March is the time when Taiwanese pineapple production begins to rise, and the peak will be reached in April and May. The government has been actively trying to develop new markets, while it might be hard to consume such a huge amount of the pineapples in domestic market, since Taiwan used to rely heavily on the Chinese market, with more than 90 percent of the pineapple exports going to China.

China claimed that there are quarantine pests found in fresh pineapples Taiwan sent to them in 2020; it said the bugs it specified could harm the China’s plant life and natural ecosystems. Chen Chi-chung(陳吉仲), chief of Council of Agriculture (COA), said that China’s decision was not consistent with international trade rules at the press conference. Without citing the rules Chen was referring to, COA officials instead cited the practices of 16 other countries that imported Taiwanese pineapples and found pests. When Japan found pests in pineapples imported from Taiwan, for example, importers had to decide whether to send back the pineapples or use fumigation to rid them of the bugs so they could be allowed entry, said Chou Hui-chuan (鄒慧娟), a deputy director general of the COA’s Bureau of Animal and Plant Health Inspection and Quarantine. Some argue that it is a political manipulation.

COA has launched a comprehensive response measure to ensure that the price of Taiwan pineapples remains above the average level of the past two years, and draws up a budget of 1 billion NTD to handle various counseling measures, including increasing overseas sales incentives, subsidizing processing fees and shipping costs, etc. It is expected to sell 30,000 tons of Taiwan pineapples to the foreign markets beside China, and process 20,000 tons.

In addition to the countermeasures from the central government, local government is also taking the initiatives. Pingtung, the largest pineapple planted area in Taiwan, with a planting area of approximately 3509 hectares, accounts for 30% of Pineapple production in total. TAIWAN PINGTUNG AGRICULTURE INTERNATIONAL MARKETING CO., LTD, founded by Pingtung County Government with CHUAN LIAN Enterprise Co., Ltd. 2 years ago, is seeking cooperation with traders at home and abroad, and has also connected with Japan, South Korea, Hong Kong, Australia, Thailand, Singapore, Malaysia, and even Australia and the Middle East countries, as well as the United States and Canada, to diversify market risks. In fact, there are about 11 CSOs in Taiwan that help the farmers sell the pineapples overseas. Take Blue Sky Agricultural Production Cooperative, the most-known one in Pingtung which adopts new marketing methods that unites farmers in southern Taiwan and applies the traceability system ensuring fresh and green fruits for consumers. They at the same time providing a variety of distributing channels through the communication with domestic markets and processing line, as well as expanding foreign markets. Under the impact of dynamic global situation, both the government and local producers are looking for a way out.

China has been largest importer of Taiwan’s agricultural products for many years. It is likely that this is just the beginning; subsequently there might be other cases. Nowadays, due to the political power being manifested by China, it is imperative that the government and local farmers adjust their planting and marketing strategies to survive the crisis. The research will be exploring how the authorities concerned are reacting to the situation, how the CSOs function between the government and the farmers, and what the farmers do. Hopefully, I can find some other similar cases to propose some possible practicable strategies. During our meeting, I will be introducing what has been done so far and how the result looks like.

A Research Fellow in Rural Development and Revitalization 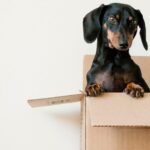